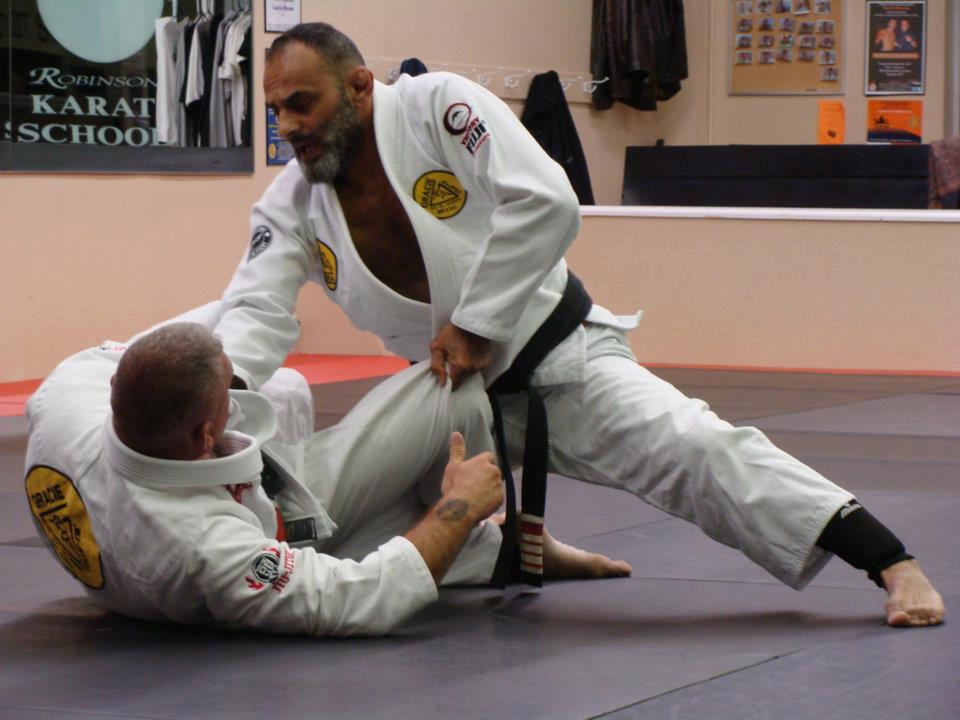 Grips and a Strong Base

Brazilian Jiu-Jitsu (BJJ) is a martial art that is primarily rooted in self-defence, but has also developed into a sport. BJJ is best known for its application in ground fighting. However, the self-defence aspect covers a broad range of combat positions, including standing defence, takedowns, and ground work. In contrast, the sporting aspect of BJJ focuses on positional control and submissions while on the ground.

Gracie Jiu-Jitsu embraces the concept that a smaller, weaker person can successfully defend themselves against a bigger, stronger assailant if he or she can safely obtain positional control through the efficient use of body mechanics. If available (and necessary), joint-locks and chokeholds are employed in order to submit the assailant. However, at the heart of Gracie Jiu-Jitsu, the ability to obtain positional control and maintain personal safety, even when placed in the most uncomfortable positions, is far more important than the ability to submit an opponent.

Gracie Jiu-Jitsu’s greatest advantage is that it can be taught to anyone, regardless of age, size or ability, and can practiced regularly at near full speed and intensity, because it promotes control over one’s body in order to obtain positional control over an attacker. BJJ practitioners quickly learn to recognize when they are in a position of relative safety and are thus able to defend against an attack or control. However, when caught in a submission attempt (which is applied slowly in training), practitioners indicate their submission by tapping any part of their partners’ body (except the face or head), by tapping the ground, or by verbal expression. Training is physically demanding, and provides a great opportunity to learn and perfect one’s technique at increasing levels of resistance, but the risk of serious injury is relatively low.

Gracie Jiu-Jitsu is traditionally practiced in a Gi, a kimono like garment that promotes the use of grips and emphasizes technical training, as the Gi greatly increases friction, and limits the use of speed or power to escape or attack. However, it is also practiced without the Gi, using tighter fitting clothing, which promotes a more athletic application of the techniques learned and negates the ability to control an opponent by gripping the Gi.